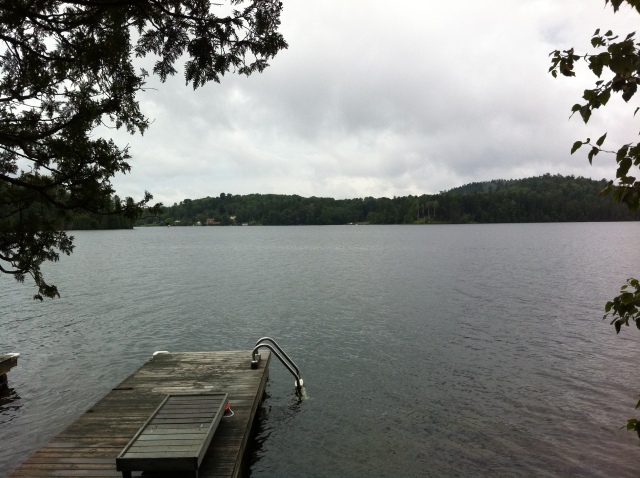 It’s been a hot summer up at the cottage in the near north of Ontario and the lake is warmer than usual.

I love the combination of new and old here. We have Wi-Fi and an outdoor shower under the trees, a very modern kitchen and fire pit on the rocks by the water. In this home surrounded by forest by a lake, renovated rustic meets 21st century technology…. and 20th century technology in the form of a VHF radio.

The marine transceiver, which we never turn off, is the most immediate way to broadcast to everyone on water and land up here. We get updates from the lake association and can talk to other cottagers and boaters, although anyone with a radio can listen in. It’s like an old party phone line except you don’t need to pick up the receiver to hear what’s said.

I suppose this older communications device has similarities to Facebook, Google+ and other emerging media: it connects us to individuals and communities. Perhaps it’s closest to Twitter, though, since we primarily have short conversations about things that need to be done soon and about news that matters.

Such as the today’s weather forecast, which predicted that this morning’s rain will make way for sun.

Hope the sun’s shining and the water’s nice for you as well.

We just soft-launched our brand new set and HD signal earlier this week. It’s currently available to MTS subscribers in Manitoba and will roll out later this month, and year, in other Canadian markets. We’ll promote the rollout later this month.

Until then, check out the following videos made by our talented and creative programmer and production teams. 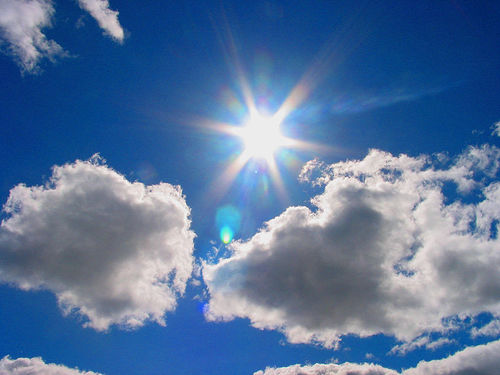 The Weather Network (MétéoMédia in Québec), where I started last month, has done something smart with its marketing communications department. It has linked PR, marketing, research and social together to engage and inform the millions of people who connect with this popular brand.

And then there`s our regional and national television broadcasts, examples of mainstream media`s continued dominance over digital. Social media is increasingly important but TV still attracts much of our attention and delivers big impressions, unique users, referrals, activation and growth. The metrics are clear and the opportunity is great to do interesting work at this media company.

As my learning curve levels out, I plan to post here more frequently.